BAUDETTE, Minn.—The mouth of the Rainy River, just north of here, was misleadingly calm as our 27-foot Sportcraft fishing boat joined the early morning charter fleet parade heading out onto the massive Lake of the Woods. The placid river waters immediately gave way to challenging 4-foot rollers on the lake, the waves pushed by stout northwest winds.

For Nik Nelson, our guide and skipper from Border View Lodge, it was just another day at the office.

I tried to convince my bouncing insides. I’ve never been seasick and wasn’t about to start. Still, the churning water had roiled my innards enough that I was soon burping yesterday’s bacon. A 25-mile mile run to Little Traverse Bay was ahead. There, we could fish water somewhat protected by the tangle of islands.

Fishing for walleye isn’t technical, but it’s a lot of fun. Minnesota has a slot limit calling for any walleye between 19.5 and 28 inches to be returned to the water. You can keep one fish longer than 28, but these are rare. Most of our fish were 16-19-inches—good eating size.

Depending on whether you’re drifting or anchored, you use either baitcasting or spinning reels and medium-heavy action rods. The jig heads at the end of the braided line are baited with live emerald shiners, walleye candy, which stream into the rivers by the millions every fall.

We caught loads of walleye and sauger. It’s also possible to catch northern pike, smallmouth bass and more in the lake.

With walleye, the trophy quality is on the plate. Most lodges in the area routinely cook their guests’ catch. The real payoff came when I presented two fillets to the lodge’s restaurant staff and asked the chef to work some magic. Paired with wild rice, mushrooms and onions, this fish dinner was something good.

My week at the Association of Great Lakes Outdoors Writers annual conference, hosted at Sportsman’s Lodge on Rainy River, was a smorgasbord (an appropriate word given so many Minnesotans having Scandinavian roots) of outdoors activities.

I hadn’t grouse hunted in years, but the woods just south of Baudette and Warroad hold many grouse and woodcock. The state’s Department of Natural Resources works closely with conservation groups on habitat management and it shows. The huge Beltrami Island State Forest was a divine mix of old and new woods, featuring openings with both grass and shrubs. The Ruffed Grouse Society creates and maintains trails, some restricted to walking with others allowing ATVs.

I hunted with Chuck Lindler, president of the local RGS chapter, and Jared Olafson. A highlight was riding around the early fall foliage woods, aspen and birch shimmering gold, in Lindner’s impeccably preserved 1969 International Scout. We looked like grouse hunters from central casting; well, Chuck did anyway. He showed me the incredible Cathedral in the Pines, a minimalist design wooden church out in the middle of the woods. It’s popular for weddings and other events. It doesn’t have a regular caretaker and a donation jar in the narthex stuffed with dollar bills goes unmolested, Lindner said.

Deer hunting blinds are present in nearly every agricultural field and power line. Conservatively, I’d estimate I saw more than 500 deer while driving from International Falls to Baudette. The deer population can have big ups and downs, with weather, especially snowfall, making an impact.

Geese by the tens of thousands, mostly the giant Canada goose subspecies, summer in the area and the first dips of temperature in late September send migratory birds from Canada. I hunted geese in layout blinds one morning with Buck Nordlof, a local county commissioner, and Chris Jennings, who handles digital media for Ducks Unlimited. Another six hunters, including four youngsters, fanned out in in the cut wheat field, muddied by two days of rain.

The birds wanted in—badly. We had incredible action, racking up a limit of geese, including a blue goose and a couple of wayward wood ducks that pitched into the decoys at first light. One youngster shot a banded goose.

Jennings worked in two more hunts, with those groups bagging limits within an hour. Some duck hunters who hunted the lake also saw good numbers of birds, although duck hunting really doesn’t get rocking until Canada gets a little colder. 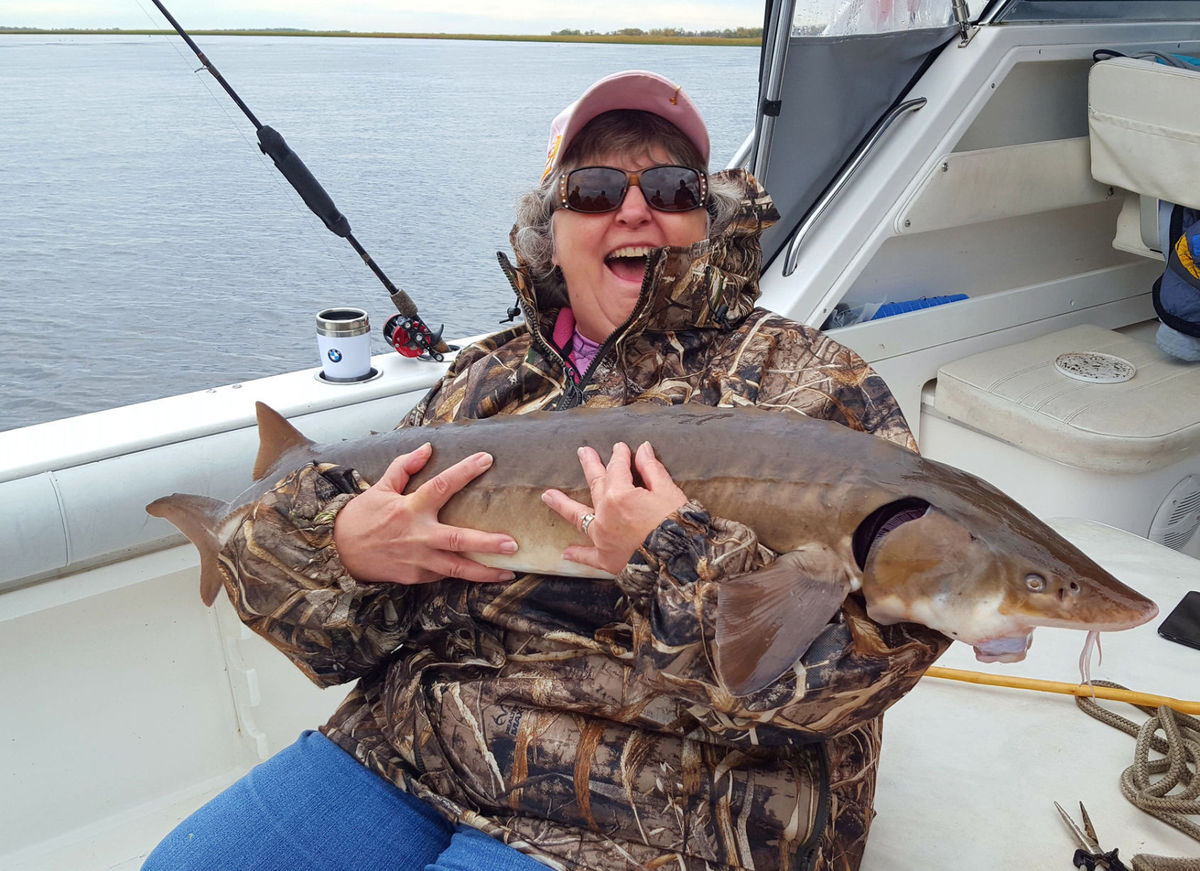 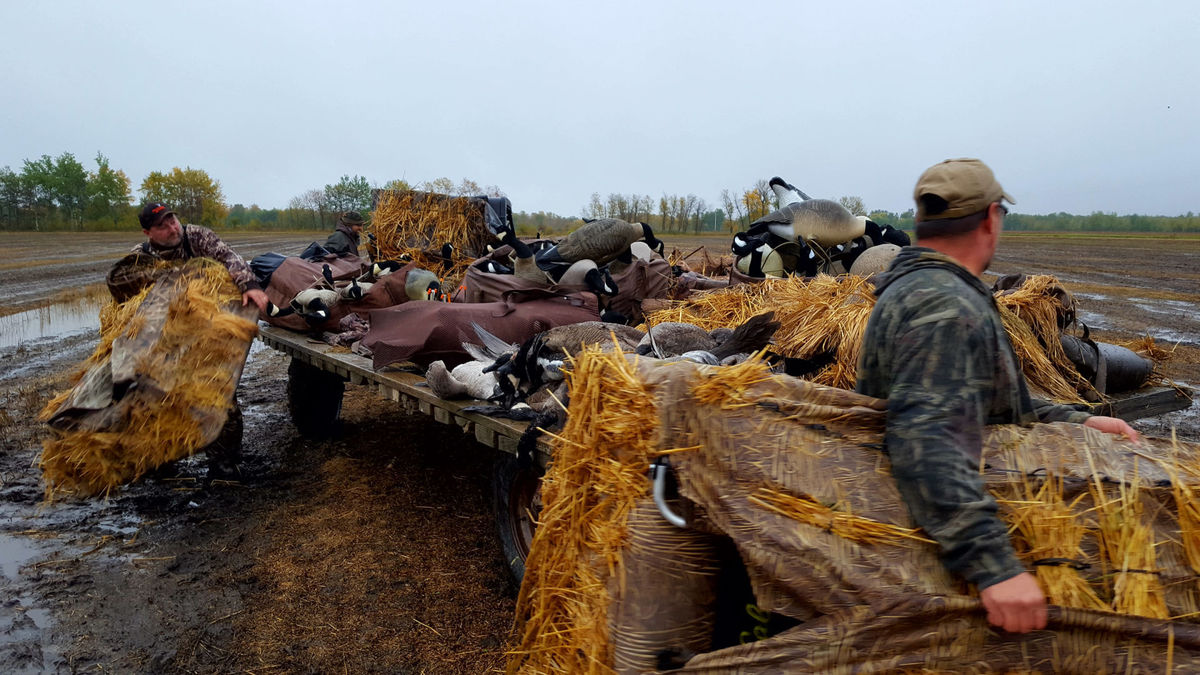 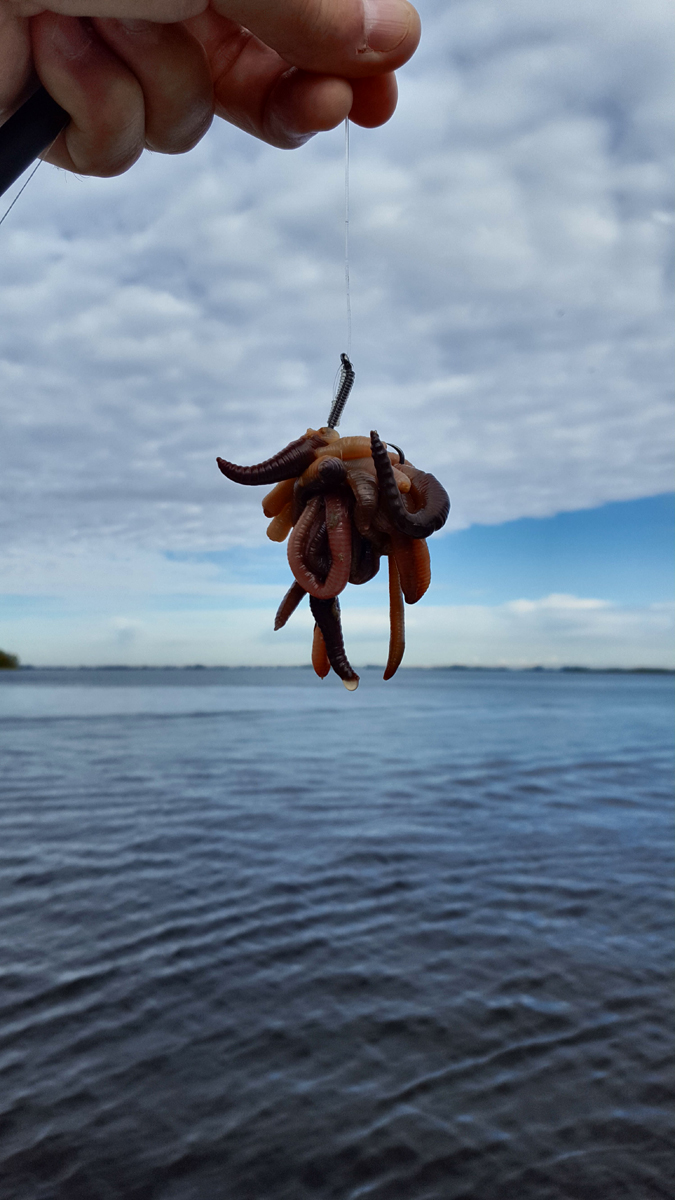 Get Your “Gob” On

Lake sturgeon were once so abundant in Lake of the Woods and its tributaries that commercial fishermen killed millions of pounds of them a year. Predictably, numbers crashed. Hampered by dams and pollution, sturgeon populations didn’t rebound until the early 1970s.

The fish can live for longer than a century and reported lengths have exceeded 10 feet. Female fish don’t reach spawning maturity until about 20 years old. They’re usually about four feet long then. Most sturgeon fishing is catch-and-release, although you can buy a $5 permit to keep one with a specified slot range during a fall season.

Conference sessions meant we only had a couple of hours to fish. We anchored near the channel at the mouth of the Rainy River and bottom fished, baiting circle hooks with a “gob” of nightcrawlers—believe me, five nightcrawlers on a single hook is a GOB!

Predictably, I caught a small log. But, our boat did catch two sturgeons in the 48-inch range. The fish begrudgingly came aboard. Our guide, “Big Mike,” grabbed them by the tail and lifted them in. The sturgeon were surprisingly docile when cradled for photos before being released.

This region, America’s northernmost in the Lower 48 states, is a year-round outdoors playground. I can’t wait to trek there some winter to experience the incredible scene that takes place amid the many hundreds of sleeper ice-fishing houses on the lake.

This article appeared in my outdoors column in the Fredericksburg Free Lance-Star. To see it there, click here.

'Blast From the Past' - Old, Souvenir Video Revisits an Epic Morning in an Eastern Shore Duck Blind